Police in Haiti stated that they have arrested a doctor whom they believe is a prime suspect in organising last week’s assassination of President Jovenel Moïse.

It was reported that Christian Emmanuel Sanon, a 63-year-old Haitian national, flew into the country in a private jet in early June with “political motives”.

Mr Moïse, 53, was killed at his residence on 7 July, by 28 foreign mercenaries, the police reported .

His wife was injured in the attack and was flown to the US for treatment.

Martine Moïse described her husband’s attack as one that happened so quickly in their home .

She said the attack happened so quickly, her husband Jovenel was unable to “say a single word”.

The arrest of Mr Sanon was announced at a police briefing late on Sunday in the capital Port-au-Prince.

“This is an individual who entered Haiti on a private plane with political objectives,” said Haiti’s police chief Leon Charles. 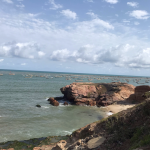 January 9, 2020
X
Indonesia:The sacred forest for only women .BlogIn Papua, Indonesia, there is a rich mangrove forest that only women are permitted to enter.It’s a special and peculiar place where generations of Pau…

X
Kennedy Agyapong on another mission. Journalist life in Danger…Local NewsThe New Patriotic Party (NPP) MP for Assin Central, Mr Kennedy Agyapong has stated that he has the gut to speak on a lot of issues in the country and …